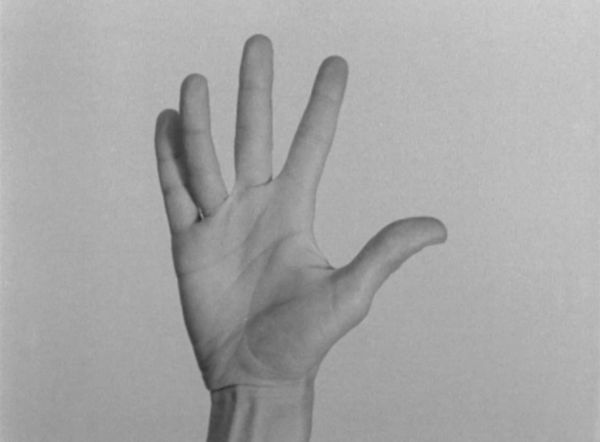 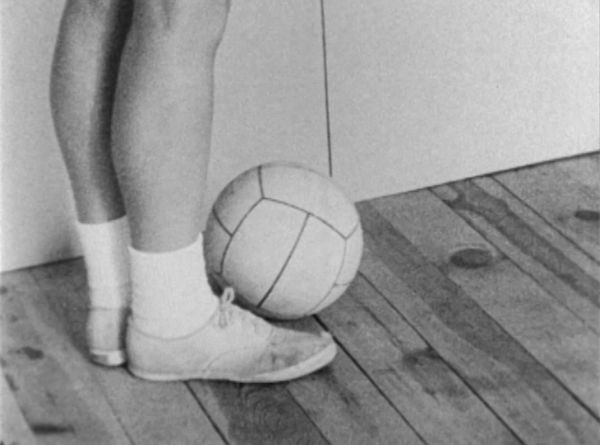 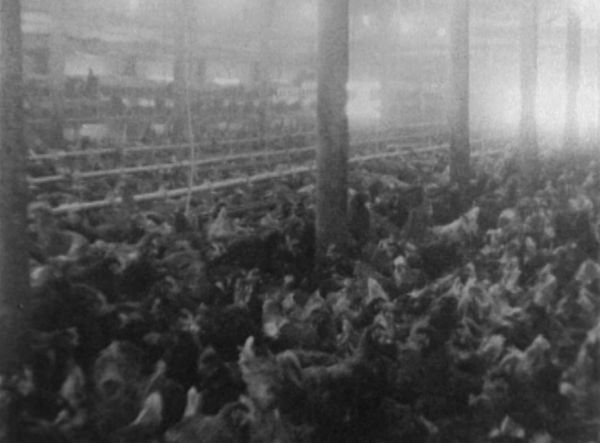 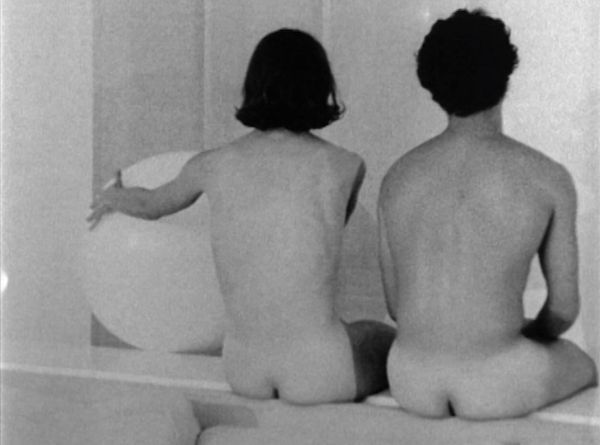 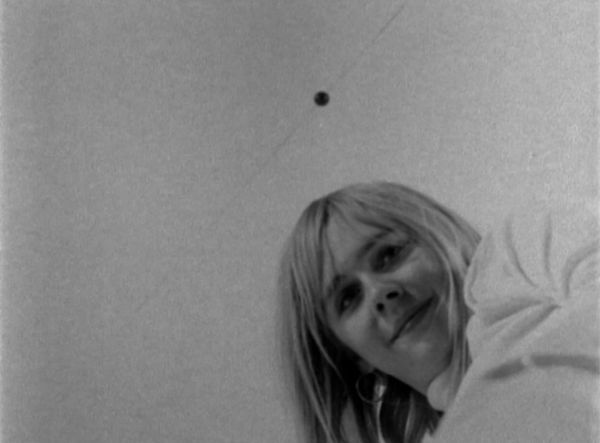 Yvonne Rainer made Hand Movie while confined to her hospital bed recovering from surgery. Characteristic of her minimal style, a single hand is presented against a plain background. The hand bends and twists, presenting all angles to viewers, and demonstrates the incredible flexibility of this body part.

Vollyeball is a volleyball rolling into the frame and coming to a stop. Then, two legs, seen from the knees down and attired in sneakers, enter the frame and stand beside the volleyball. A new angle is then cut to, yet still featuring the same characters and actions.

Rhode Island Red includes an interior of an enormous chicken coop, silently and in black and white.

Trio is silent and in black and white. While in a white living room, a nude man and a nude woman interact with one another and a large ballon.

Linen is a silent and black and white film, a blond woman (Susan Marshall) is dressed in white pants and a shirt. She interacts with a moving round object and the camera, itself.